The Tarawa battle took place on November 20-23, 1943. After the Japanese attack on Pearl Harbor, the Americans entered the Pacific War against Japan. The US began to resist the expansion carried out by Japan with important victories at Midway (June 1942) and Guadalcanal (August 1942 – 1943) in the South Pacific. Then the US planned to take the Marshall Islands and the Marian Islands then drove to Japan.

The Gilbert Islands consisting of 16 Atolls (A Coral Island) near the Equator line, is seen by the US as a stepping stone to the Marshall Islands and is the main target of the Pacific Campaign. In November 1943, the US launched an operation with the code Operation Galvanic, where the main target was a small island called Betio on Tarawa Atoll located in the Gilbert Islands (the US also sent a small force to Makin Atoll about 100 miles north of Tarawa Atoll). By the end of December 1941, Japan had occupied the island and built fortresses on the island of Betio and the Gilbert Islands.

November 19, 1943, American warships arrived near Tarawa. The Navy and Air Force planned a bombing tomorrow to weaken the Japanese defense and pave the way for 18,000 US Marines. However, taking Tarawa proved more difficult than had been expected.

Tarawa is a strong fortified atoll. Admiral Keiji Shibasaki was very confident that Tarawa could not be captured even though the US used 1 Million Soldiers in 100 Years. Tarawa itself has been equipped with Anti-Aircraft Weapons, Beach Cannons, Light to Heavy Machine Guns, and Tank. Around 4,500 Japanese troops defend this island.

US warships arrived near Tarawa Atoll on November 19, 1943, consisting of Battleships, Cruisers, Destroyers, and 18,000 Marines ready to attack. Most of the Landing Craft have been able to reach the beach, but some are experiencing traffic jams due to colliding or exposed to coral reefs, so that the marines are forced to come down from the Landing Craft and cross the sea with water height to their chest plus they are in the midst of enemy fire. Many marines arrived at the beach, but were already very tired or injured and lost communication because their radios had been conceded by seawater so they could not communicate with the support forces. At the end of the first day, there were 5,000 marines on the battlefield, around 1,500 marines killed in battle.

On the second day of battle (November 21, 1943). The US attack also experienced obstacles due to high tides. Once again, the Marines had to leave their landing craft and cross the sea, accompanied by machine-gun fire and enemy snipers. At midday, the US launched an attack on Japanese defense positions equipped with tanks, grenades, and flamethrowers.

On the third day of the battle, November 22, American Marines fought to destroy defense holes and Japanese bunkers. That night the Japanese launched a Banzai attack, but in vain, many Japanese soldiers fought to the death rather than surrender. On the morning of November 23, 1943, 76 hours after the invasion, Batio was declared safe.

More than 1,000 US marines were killed and around 2,000 injured after three days of fighting. However, according to John Costello, the US Commanders learned from this Tarawa battle, including the need for better surveillance, an increase in amphibious vehicles, and developing a waterproof radio.

Here are some rare photos throughout the war:

The appearance of the Tarawa War, on Gilbert Island (now Kiribati), in November 1943 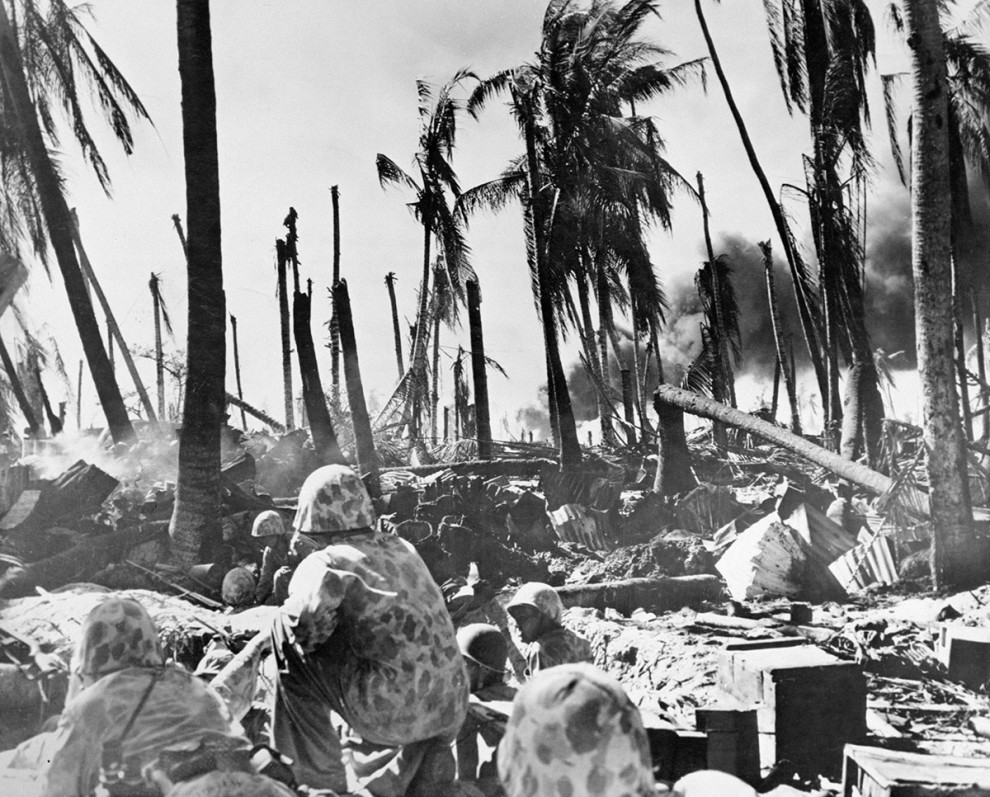 General MacArthur of the Allied Block arrived at the coast of Leyte on October 20, 1944, only hours after US troops arrived 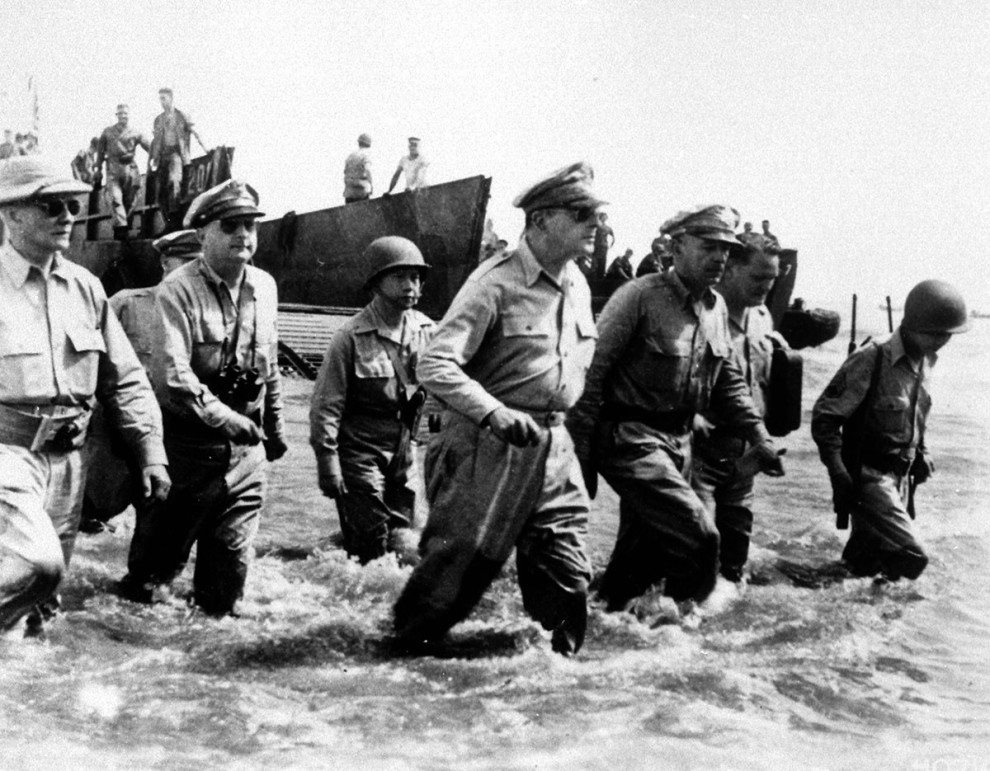 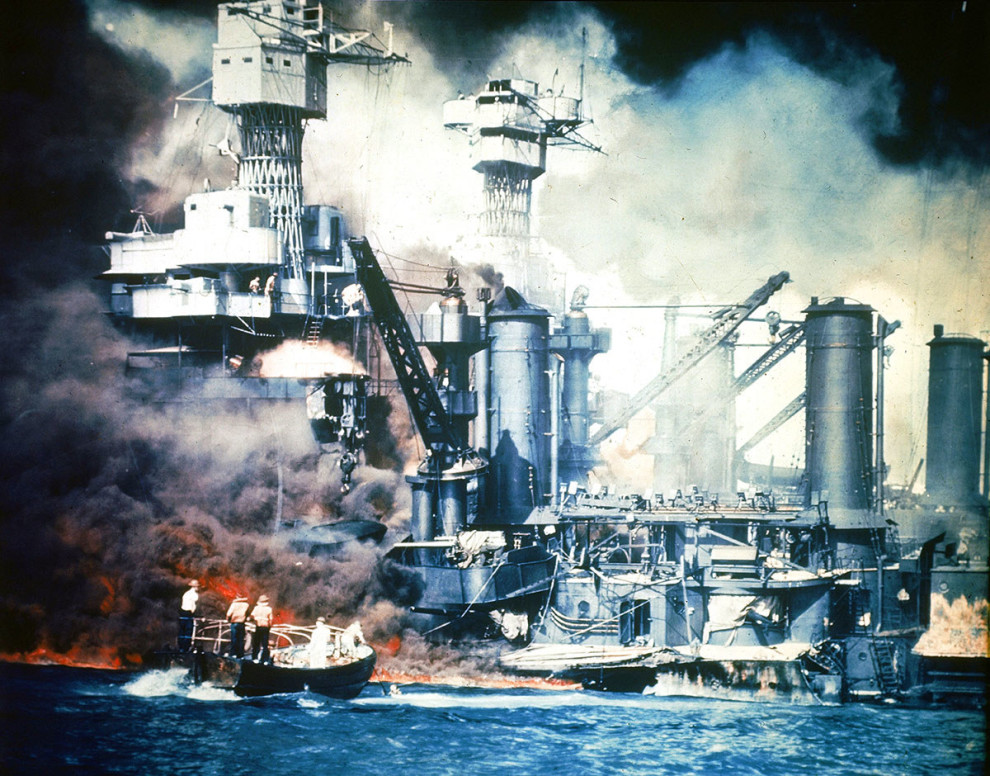 Rest and drink coffee for a while after the war to conquer Eniwetok Atoll, Marshall Islands. 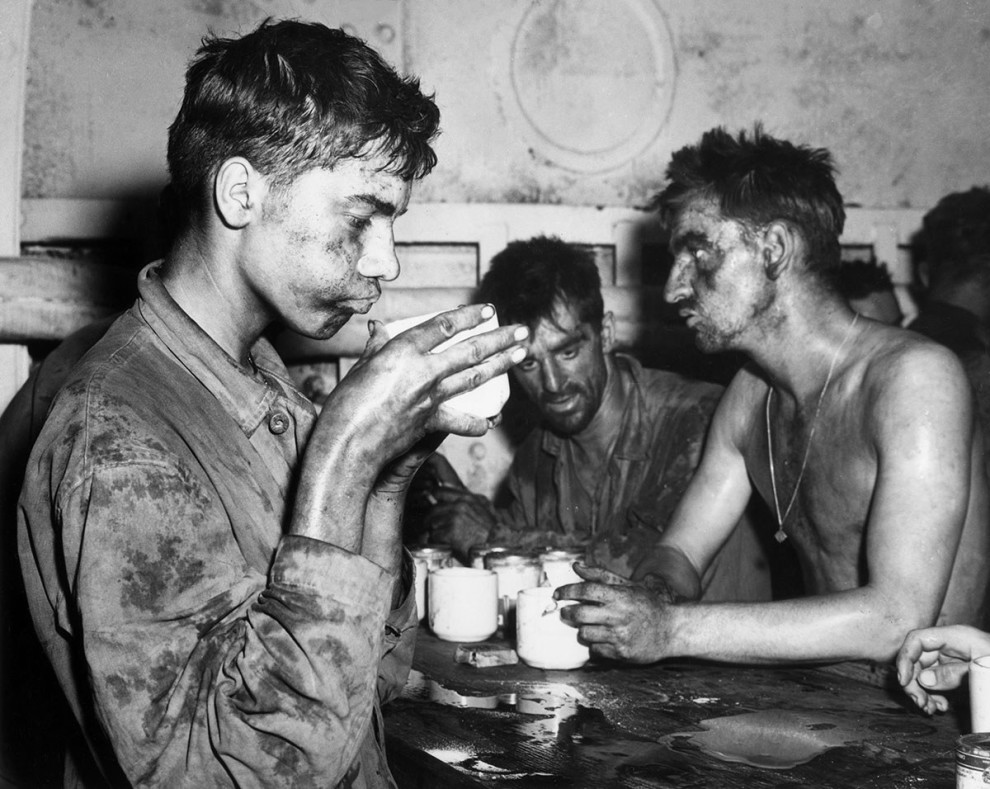 Not only drink coffee between them, but some take a break while playing cards with other members of the army. This activity is actually to entertain them in tension. The local community is gradually playing this card game. From the capsa card, now there are many types of card games, ranging from Gin Rummy, Poker, Solitaire, Cribbage, and many more. Sometimes they did sbobet betting about sports matches such as soccer, tennis, baseball and so of. 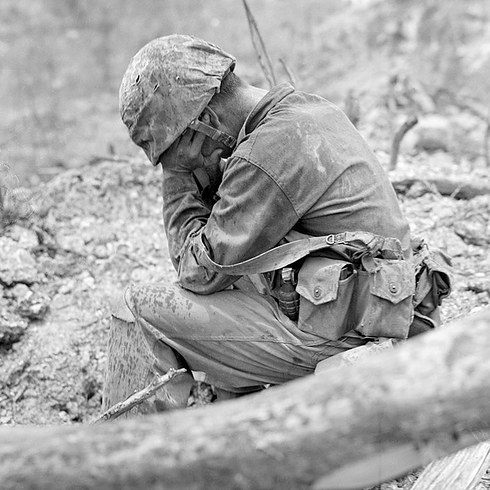