So far, we only know prisoners, especially prisoners of war in the form of humans. There is no story at all dogs, cats, or other pets who have been arrested for committing a crime. Judy is an extraordinary dog. Japanese troops during World War II must have regarded him as a threat and kept him in prison.

Yes, Judy is the only animal registered as a prisoner of war in history. He was arrested for being too loyal to accompany and always defend, Frank William, a British air force soldier who was also a prisoner of war. This dog, considered a hero by the British, was an enemy of the Japanese army.

Become The Mascot of the British Combat Ship

Judy was born in Shanghai, China. There he was trained and crowned the mascot of one of the British Navy’s Navy ships, H.M.S Gnat and H.M.S Grasshopper. It is common for every ship to have one mascot dog. 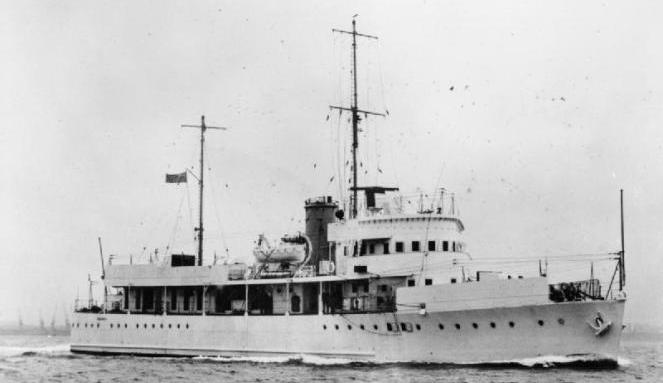 He was in charge of maintaining the safety of the ship. Judy once saved the ship she was guarding against robbers by giving a signal to the crew of the suspicious gestures and sounds in the dark.

In 1942, Judy sailed aboard the H.M.S Grasshopper which contained weapons to Singapore. Apparently, at that time, Japan had taken control of this small country. They also turned and headed for the Dutch East Indies or Indonesia. The ship was only three kilometers from the port when Japanese aircraft dropped bombs and destroyed ships. The passengers were forced to leave the ship and try to save themselves.

Judy helped them by showing boards that could be held. He also offered his tail to be held by those who could not swim while he sailed the ocean to the nearest land, namely the island of Sumatra. 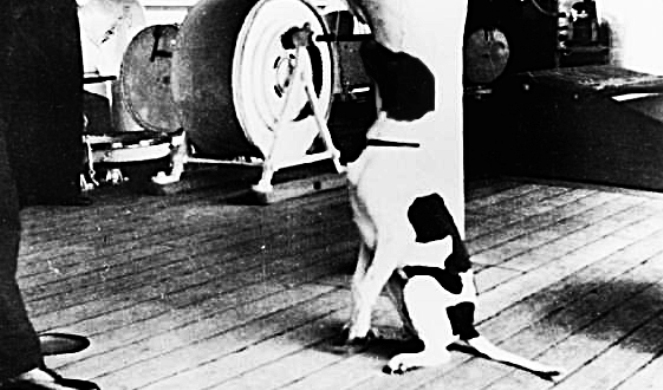 On the island that they did not know, they were once again tried. The water supply has run out, and there is no river or lake with clean water to drink. One day Judy disappeared all day. One of the ship’s crews, Walter Williams, decided to look for it. Judy found a water source and dug up the surrounding soil to make a small pond. Once again, thanks to Judy, the British army was saved.

Together, they walked hundreds of kilometers to the nearest town, Padang, hoping to board a ship to return to England. Japan had occupied the city, and there were no British ships left to save them. 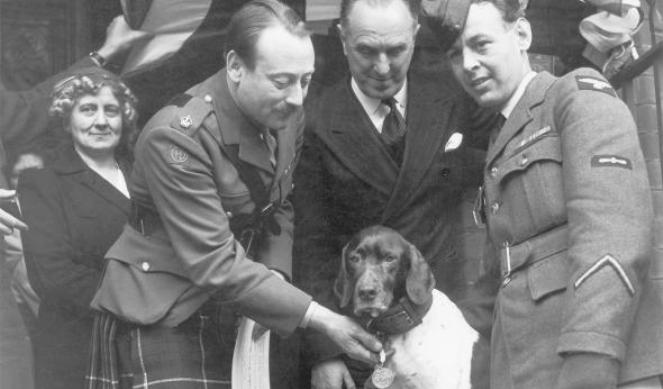 Seeing the presence of enemies, Japanese forces practically arrested them and Judy to a holding cell in Medan, North Sumatra. It was there that Judy met a pilot who later became his master, Frank Williams. They become close because Frank shares a plate of rice with the dog.

Always on The Captive Party

The Japanese occupation was no less cruel than the Nazis. They tortured prisoners and did not give food. Judy did not let this happen. If he sees Frank or another prisoner being tortured, he immediately barks and jumps in front of the victim. Consequently, Judy was tortured by Japanese prison wardens. 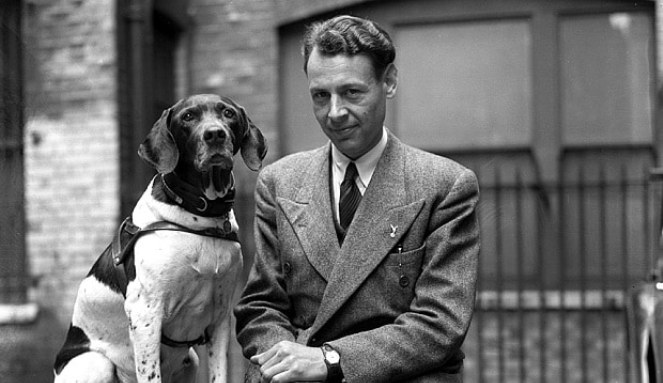 Two years later, prisoners of war in Medan were transferred to Singapore by SS SS Warwick. Japanese troops who do not like Judy plan to leave it just like that. But not Frank and friends. They want to always be with Judy. Finally, they smuggled Judy in a sack of rice.

Challenge after challenge Judy has passed in her life. Again the ship he was traveling in was attacked. This time by the British army. Surely they did not expect that in the boat there were hundreds of prisoners from their country. At least 500 people have died. Frank and Judy survived the incident. As before, Judy pushed the boards to those who could not swim. He became a hero.

Those who survived were transported by other Japanese ships. News about Judy had circulated because they were not happy to see it. Frank had heard that his dog would be shot dead as soon as they landed. In the end, he asked that Japan hold Judy as a prisoner of war. 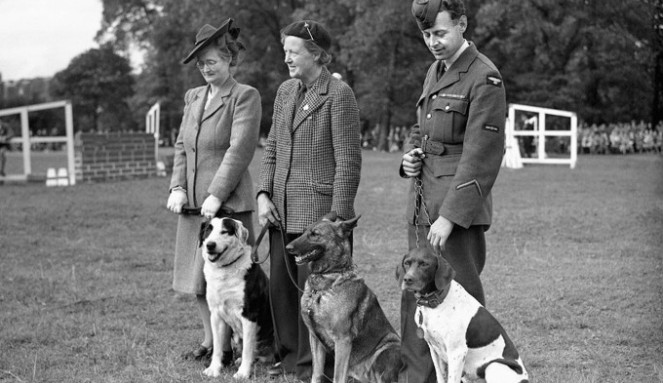 Surely Frank’s request, a prisoner, would not be heard just like that. Luckily a commander in Medan prison who liked Judy intervened and succeeded in making Judy an official prisoner of war so that the execution was not carried out.

Received an Award from the British Government

Not only humans can get an award after the war, but a large meritorious dog-like Judy was also honored. After the Japanese surrender, the soldiers who were prisoners were released, including Judy. They returned to their homeland happily. There, Judy was welcomed with the Dickin Medal award which was given explicitly to animals that contributed for World War II. 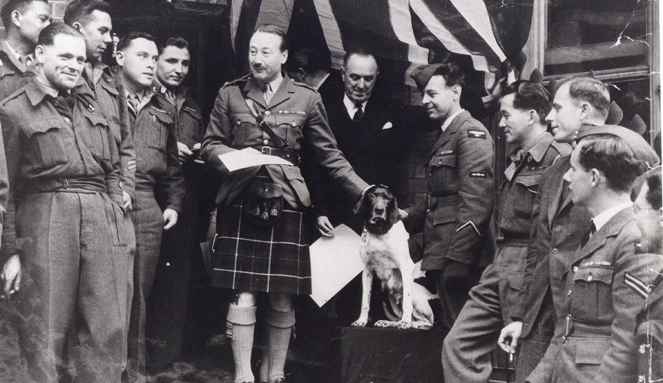 After the war, Judy stayed with Frank Williams and followed her wherever Frank worked. At the time Frank worked in Tanzania, unexpectedly grew a tumor in Judy’s body. He also died on February 17, 1960. Frank made a beautiful grave with a gravestone on it, like a human grave.

From Judy’s story, we can see the courage and loyalty of a dog to humans. Unfortunately, human beings are still difficult to do the same thing. Every time we do something, there are just rewards that we want. Even when we see others grieving, we dare not do anything but sympathize. In contrast to Judy, who was willing to get a whip to bite wounds to save the human he loved.